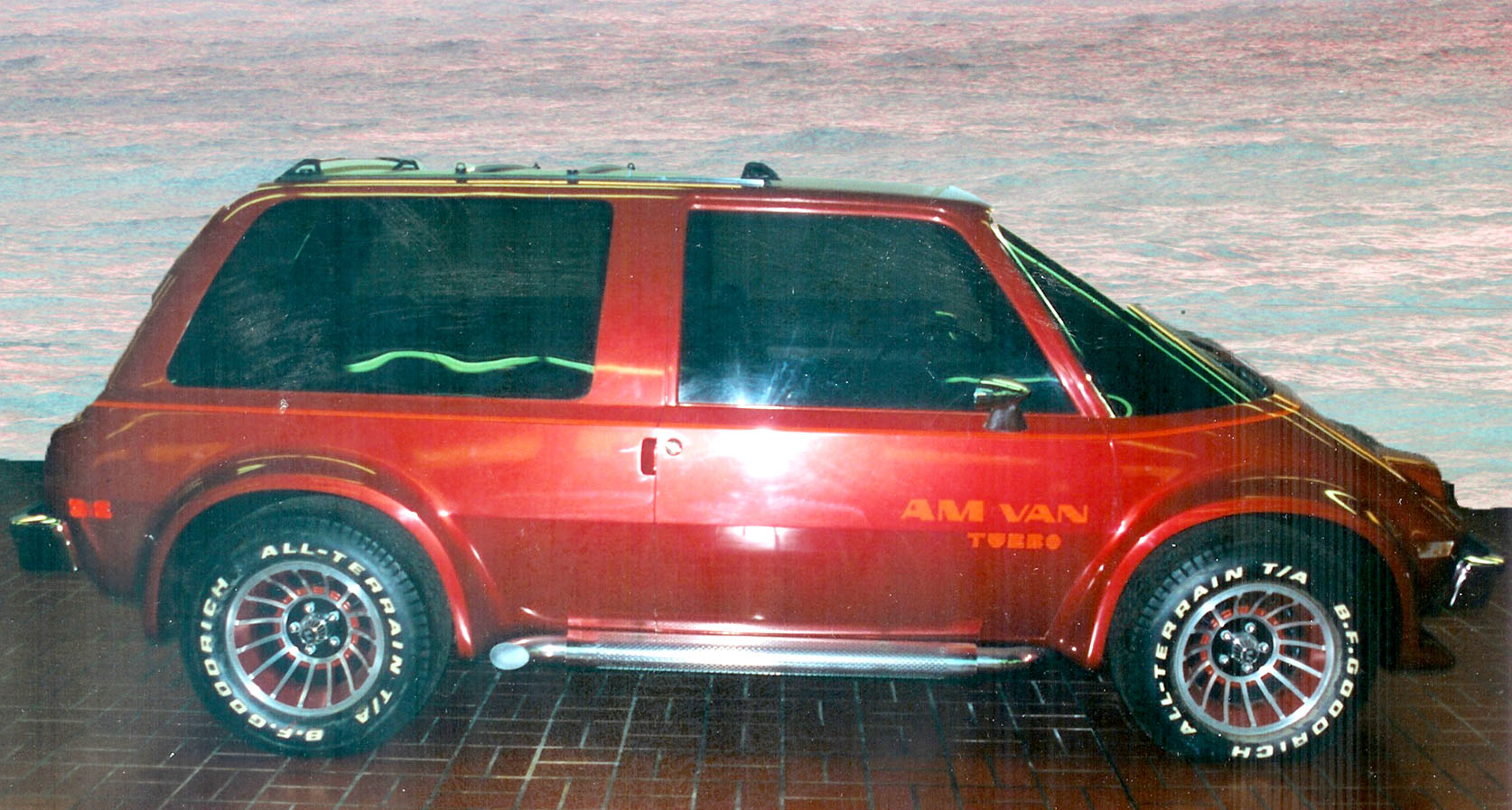 Hemmings Blog, by Daniel Strohl, October 29th, 2009.So we know the Hungerford Rocket Car still exists, and just this week, we got a call alerting us to the fact that the AMC AMVan (a concept vehicle highlighted in Pat Foster’s article in the September 2009 issue of Hemmings Classic Car on AMC’s Concept 80 cars) still exists. Joe Bortz, he of concept car collecting fame, said he got the AM Van from Chrysler when the company was going through AMC’s inventory shortly after the buyout in 1987. He notes that it’s just a fiberglass styling buck, not a functioning vehicle – so the wheels don’t turn, nor do the doors open. And, as you can see, AMC decided not to go with the bubble window for the cargo hatch, opting instead for full glass. 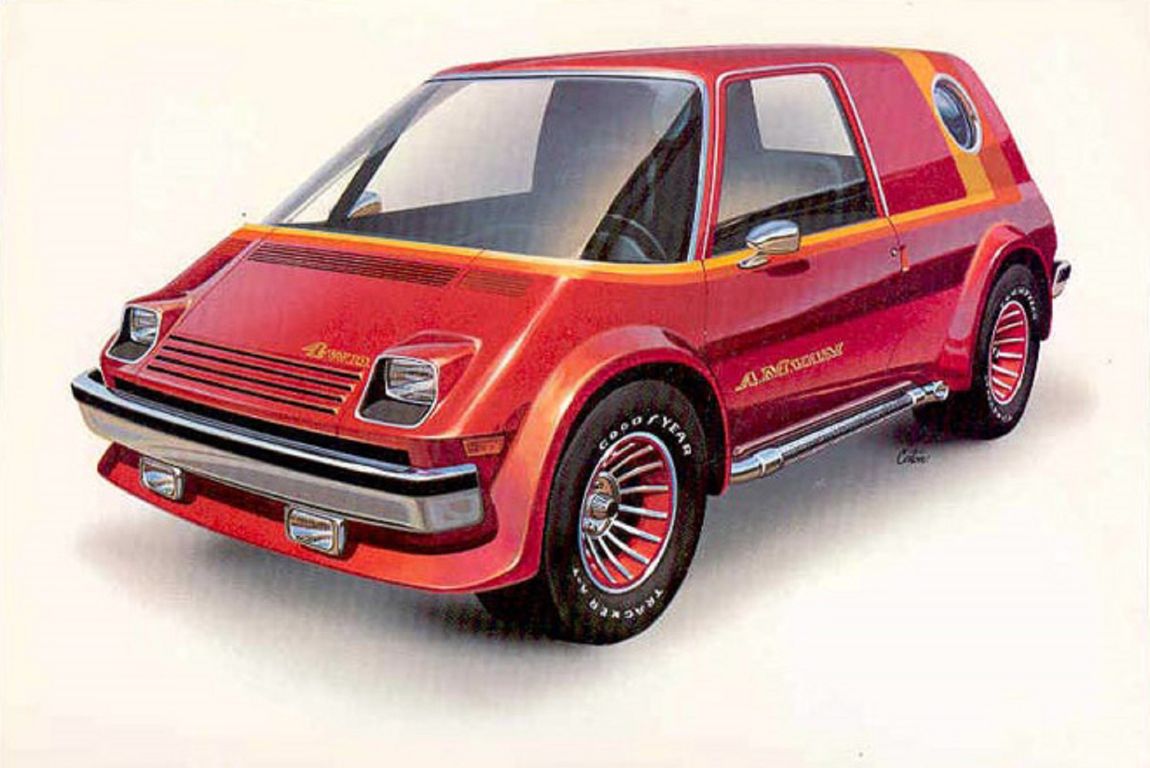