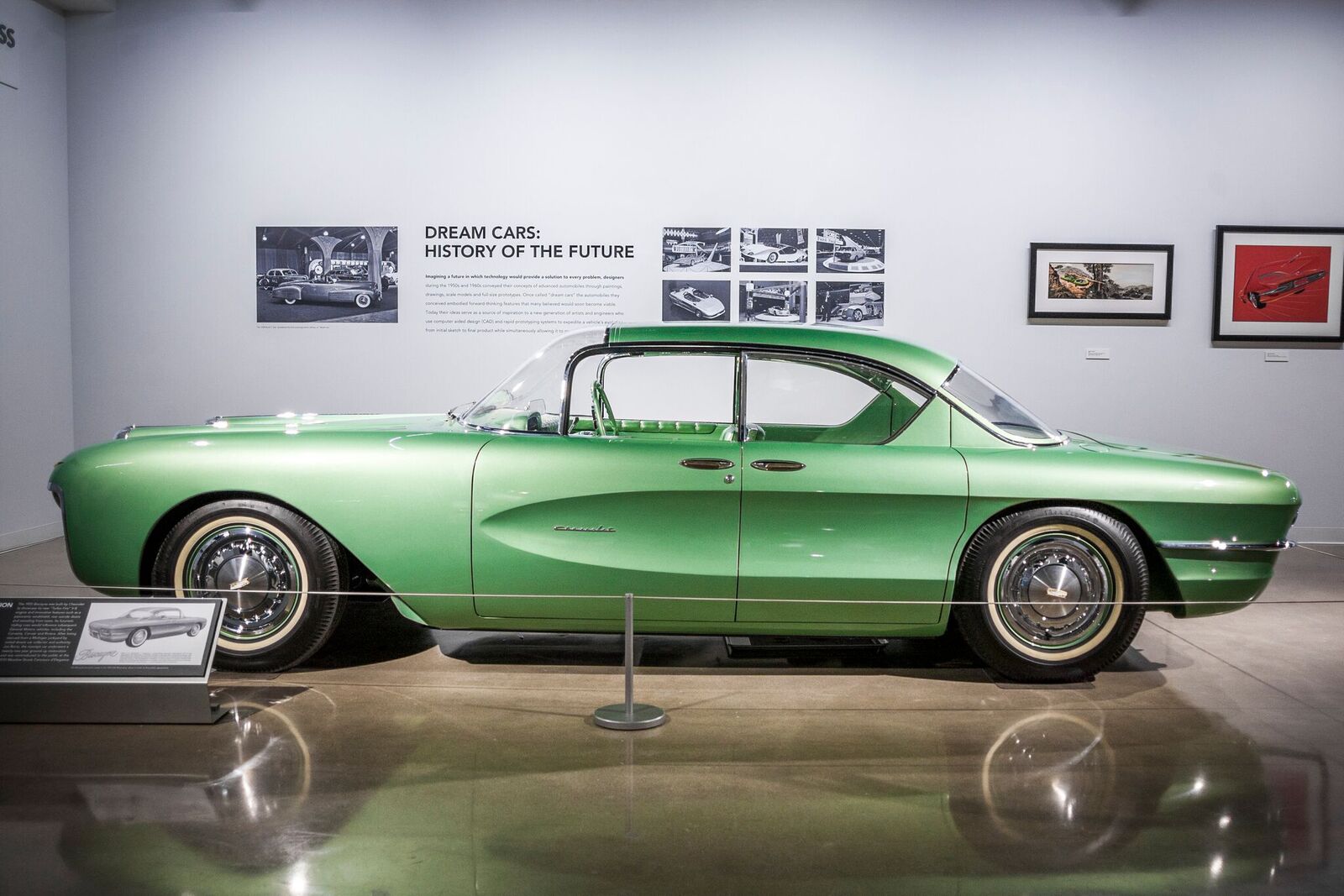 Click on the image for a larger view. Not all of the photos can be enlarged.

From Riches to Rags to Riches
Text by David W. Temple
Click here to read it.

The 1955 Chevy Biscayne was considered to be one of the most beautiful Motorama cars ever produced!
Original factory picture shown here. See more photos in Interesting Photos.

Warhoops Junkyard approximately 1990, the Biscayne which had been cut into several large pieces and hidden for almost four decades until the
Bortz Auto Collection tracked it down at the Warhoops Junkyard.

Joe Bortz proudly shows off the find of the century in Warhoops Junkyard in approximately 1990.
The car had been cut up into eight major pieces and was due to be crushed but Warhoops owner, Harry Sr.
managed to hide all of these pieces until around 1990 when he turned over all of the pieces to the car to the Bortz Auto Collection.

Summer 2005 the chassis is being hand crafted by Kerry Hopperstad Custom Shop, the number one custom hot rod shop in
the Midwest, who performed the time intensive and tedius task of duplicating the original chassis from detailed pictures of the Biscayne were discovered in 1999 in the General Motors Tech Center. The Biscayne file was discovered buried in a file cabinet at the General Motors Tech Center. This afforded the opportunity to have the chassis and running gear duplicated to its exact original specifications.

October 2005 – the excitement is mounting – the Biscayne chassis is getting extremely close to
being brought together with the body!

November 7, 2005 – A BIG DAY FOR THE BISCAYNE!!! The Biscayne body is placed on its exact replica chassis,
the engine and running gear are in place and the hubcaps have even been placed on the car – it is ready to roll!!!